September 13, 2017– Creative Edge Software, developer of the award-winning iC3D packaging design software, announces its next major release to coincide with Labelexpo Europe in Brussels. Five significant new features expand the usability and flexibility of iC3D for package designers who are looking for the high-end capabilities that are conventionally available only from specialist 3D design software.

Exhibiting with three partners at Labelexpo, iC3D v5.0 is being demonstrated on stands 3E46 (Four Pees), 8A09 (SS&C) and 8A10 (Hybrid Software). In all three locations, visitors are invited to try out the new easy-to-use features and submit their own label and package design challenges.

The development of the version 5.0 comes in response to customer requests since the launch of iC3D v4.0 photorealism at drupa last year, particularly relating to shape modelling and realism.

“Whereas our last major release was all about improving photorealism, the advances made with version 5.0 allow design professionals to achieve an unprecedented level of control over the shape and form of their packaging design,” explains Nick Gilmore, CEO of Creative Edge Software. “The new features allow creatives to interpret and manipulate their designs, whether that is to improve naturalism, for example, or to emphasize a specific aspect of the product or even a particular brand value.”

Using features such as Point Editor and UVW Editor, iC3D v5.0 provides the ability to select points on a 3D model, edit shapes, distortions and surface effects, visually adjusting artwork to improve the real-life appearance of a label or package design. This could involve adding aspects of randomization or imperfection, such as creases, crinkles and indentations. 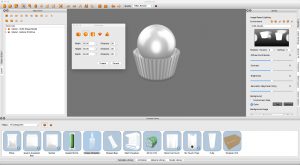 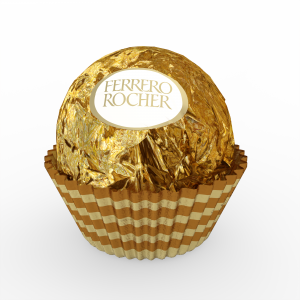 As well as these features for selective editing, version 5.0 includes automatic processes. Physics Simulator is similar to technology used in the gaming and film industries. In iC3D v5.0 it automatically recreates the behavior of a flexible package in different situations, such as sag, bulge and drape dynamics. Sealed Shrink has been developed to mock-up shrink-filled bags such as those commonly used for pre-packed perishables – for example, cheese, fish and meat portions.

“At our hearts we’re software innovators at Creative Edge Software and we modestly summarize the new features of iC3D v5.0 as ‘crinkle, crumple, dent and bash’, but that’s not to underestimate their power,” asserts Gilmore. “The ability to create any shape, simulate the physical behavior of packages and visually enhance their aesthetics is the fine-tuning that might be the difference between success and failure of a brand proposal.”

To find out more, tutorials on the new features of iC3D v5.0 will be available soon on the Creative Edge Software website. Go to: https://www.ic3dsoftware.com/category/tutorial/